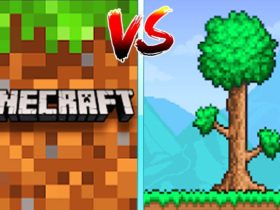 Terraria vs Minecraft: Which One Is Greater?

The Memory of Sai Mota quest takes place during the Shadowkeep expansion of Destiny 2 as an exotic unlock for the Deathbringer, a rocket launcher. This rocket launcher is known to be favored among many Destiny players, although it has been nerfed over time. Let’s take a look at the steps to complete this Sai Mota quest.

Below we will go into detail about each step of the quest to receive the exotic Deathbringer.

The Shadowkeep campaign is actually rather short compared to other DLC campaigns throughout Destiny 2. If the campaign has been vaulted, though, the completion of Shadowkeep would be impossible, and you would have to unlock this weapon through the Exotic’s Vault.

Eris Morn is located near the landing zone on the Moon. Travel to the fast travel location and approach Eris Morn. She should have a bounty listed as Lunar Spelunker; claim this bounty to begin. The objectives are pretty simple but could be time-consuming, so make sure you do the right thing once; otherwise, repeating can become frustrating.

The first objective for the Lunar Bounty is to complete each Lost Sector on the Moon. Make sure to not worry about Master or Legendary difficulty as those are not required but are optional if you would prefer. Just make sure you defeat the final boss to claim the Lost Sector chest at the end of each sector.

The first Lost Sector is  K1 Communications which is located in the Anchor of Light area. You can find the entrance behind a crashed ship on the hill. Second, head over to the K1 Crew Quarters Sector located between areas Anchor of Light and Archer’s Line. After this, head into Ancher’s Line to complete the 3rd Lost Sector, K1 Logistics.

The final Lost Sector is located in Sorrows Harbor, known as K1 Revelation. Make sure to do this Sector last. Otherwise, you will need to do it twice. At the end of this Lost Sector, your Guardian will see two exits in the Boss room. Make sure to take the exit on the right side to reach the Data Room. Once you approach the door, insert the Firewall Data Fragments to receive Sai Mota’s Broken Necklace.

Defeat Nightmare’s On the Moon

The final step in this bounty will be to defeat 20 Nightmare located on the Moon. To do this, make sure you are using the Arc Subclass, so each kill counts toward the bounty. You can find Nightmare’s in the Alter of Sorrow’s events in Sorrow’s Harbor. If you would prefer, going through Lost Sectors with Nightmare’s also counted toward the number you defeat.

A few other Lost Sectors with Nightmare not located on the Moon:

Once completed, return to Eris Morn through the portal to give her Sai Mota’s Necklace, and receive your exotic prize, the Deathbringer.

Be sure to check out this YouTube video for a visual tutorial: Memory of Sai Mota Quest

How to start Destiny 2: Memory of Sai Mota Quest

The next step is to go to the Harper’s Ferry on Earth and collect 10 Fallen Transponder Nodes. These can be found by killing Fallen enemies and looting their bodies. Once you have collected the 10 nodes, return to Zavala, and he will direct you to speak with Banshee-44 at the Tower.

Banshee will task you with decrypting the nodes, which can be done using the Cryptarch in the Tower. After you have decrypted the nodes, return to Banshee, and he will give you a new mission to go to Nessus and collect more Fallen Transponder Nodes.

This process will repeat until you have collected a total of 50 nodes. Once you have done this, return to Banshee, and he will give you the final mission. The final mission will take you to the Chamber of Night on the Moon. Here you will need to defeat a powerful Fallen enemy called Kargen.