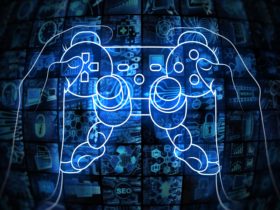 Online Gaming Security Tips (8 Ways to Save Yourself From Hackers)

As the world is becoming increasingly digital, it’s important to prioritize protecting our online communication and data. Security issues, like data breaches and hacks, are becoming more common and can have serious consequences for individuals and businesses. This is where P2P (peer-to-peer) and E2E (end-to-end) encryption come into play.

In this article, we’ll discuss P2P and E2E encryption, how they work, and why they’re important for protecting our online communication.

What is P2P Encryption & Why Is It Important?

P2P encryption encrypts data before it is sent over a peer-to-peer network. This type of encryption can help prevent eavesdropping, tampering, and other attacks. P2P encryption is not foolproof, but it can add an extra layer of security to a computer system.

P2P encryption is a type of encryption that uses two keys, a public key, and a private key.

P2P encryption is often used in VPNs and other secure communications systems.

One of the advantages of P2P encryption is that it is very difficult for someone to eavesdrop on the communication. Even if they can intercept the data, they would not be able to decrypt it without the private key. This makes P2P encryption one of the most secure types of encryption.

What Is E2E & Why Is It Important?

E2E is an acronym for “end-to-end.” It’s a term used to describe how information is passed from one computer to another over a network. The most common type of network is the Internet, which consists of interconnected computers transmitting data back and forth.

For example, when you send an email, your computer sends it to a server that forwards it to the recipient’s computer. The entire process is transparent to you and happens in seconds.

The importance of E2E lies in its ability to protect the confidentiality and integrity of data as it passes from one computer to another. Without E2E, data would be vulnerable to interception and tampering by malicious third parties.

There are two main types of E2E: encryption and digital signatures.

Together, these two technologies provide a high level of security for data transfers.

There are many different applications for E2E, including email, VoIP, and file sharing. In each case, the data must be protected from eavesdropping and tampering. E2E provides this protection and is thus an essential component of network security.

In cybersecurity, there are two main types of encryption: end-to-end (E2E) and peer-to-peer (P2P). Both have their advantages and disadvantages, but which one is better?

End-to-end encryption is the more secure of the two methods. With E2E, all data is encrypted on the sender’s device before sending it over the network. The data remains encrypted until it reaches the receiver’s device, where it is decrypted. This means that even if a third party intercepts the data, they would not be able to read it.

P2P encryption, on the other hand, encrypts data at each hop along the network. The attacker could potentially read all the data if anyone’s hop is compromised. For this reason, E2E encryption is generally considered to be more secure than P2P encryption.

There are some situations where P2P encryption may be preferable. One such situation is when real-time communication is needed, such as for VoIP or video conferencing. With E2E encryption, communication can be slightly delayed as data is encrypted and decrypted on each device. This delay may not be noticeable for text-based communication, but it can be disruptive for audio or video. P2P encryption avoids this problem by encrypting data only once at each hop, which reduces the overall delay.

So, which type of encryption is better?

Ultimately, it depends on your needs. If security is your top priority, E2E encryption is the way to go. If you need real-time communication with minimal delay, then P2P encryption may be a better option.

E2E and P2P encryption are both important in ensuring the safety and confidentiality of data transfers. While E2E may be more secure, P2P can still provide a level of protection and may be preferable in certain situations. It is up to the individual or organization to decide which type of encryption best meets their needs. 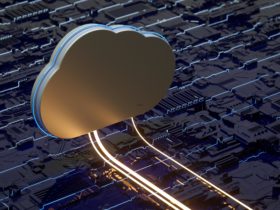 Wondering what private cloud security is and how it compares to other security models? This article breaks it all down for you.