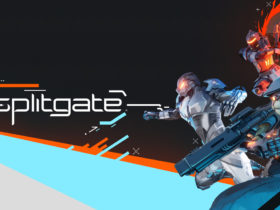 Battlefront 2 has been one of the most popular Star Wars-related games since 2017. With the ability to play every character as your own and even customize load-outs or appearances, there’s no doubt why it’s so popular. Many have asked the same question, is Battlefront 2 Crossplay? If so, what options do we have?

Let’s take a closer look at the answers to Battlefront 2 crossplay and what we know about the multiplayer options.

Unfortunately no, Battlefront 2 is not crossplay. Although it has become such a hot topic among gamers since there have already been so many games with the added crossplay feature, EA seems to keep the fame of sticking to one platform.

Why will they not transfer? Many companies who have already made this crossplay transition have caused many hidden upcharges. The expense is because a crossplay cloud is much larger than for just each platform. To perform such a large space cloud costs the Creators a pretty penny.

You can enjoy the game with others in a few ways. Even though it is not ideal, there are still some options to play in multiplayer with more than one platform.

What are the Crossplay Options for Battlefront 2?

Although you cannot directly play from a PC to an Xbox buddy or Xbox to a Playstation buddy, we have created a clear picture of what is possible for you and your friends.

A few players have tried to connect their Xbox Cloud Gaming with other players across PC and Xbox. This is typically possible for games that are accessible through the Xbox Cloud. This way, anyone with the Xbox Cloud can cross-play.

Unfortunately, though, Battlefront 2 is not available through Xbox Cloud Gaming. Making it impossible for gamers to play with PC gamers from their Xbox.

You do have the accessibility to play cross-generation with Xbox, which is a relief for some Battlefront 2 players. Generations that are crossplay compatible are:

Playstation rules run the same as the ones for Xbox to PC; crossplay is impossible.

Sony consoles also have no access to Xbox Cloud Gaming, even if they ever decided to add Battlefront 2 to the cloud list.

Since Battlefront 2 is playable on PS4 and PS5, there is the possibility of cross-generation across Sony consoles. So, if you play on PS4, you can play with someone with a PS5 with no problems!

How Does Crossplay Work Between PC Platforms?

Crossplay between PCs is, of course, possible. As it is within the same platform, it is possible for all PC players to play together. There are a couple of different PC platforms among PCs that sell Battlefront 2. The most popular would be Steam and Origin.

So how does crossplay work between PC platforms? Whether you are playing through Steam or Origin, if you have the game from one, you can play with someone who has the other. There are no limitations to if you should download the game from Steam or Origin; both works together to create a type of crossplay compatibility.

More: Introduction to NIST Security System & How It Works

Will Battlefront 2 Crossplay ever Exist?

In summary, will there ever be crossplay between all three platforms, PC, Xbox, and PlayStation? It is unlikely, as EA tends to keep their players deprived of crossplay abilities. Although they say they have finished updating Battlefront 2, we can only hope that there is any chance for them to come back and add this feature.

Now that you understand more about Battlefront crossplay and how the multiplayer of the game works, hopefully, you can use this vital information to help with your future decisions in your gaming community. Although there are no crossplay abilities, there are still many other ways to enjoy with fellow gamers!