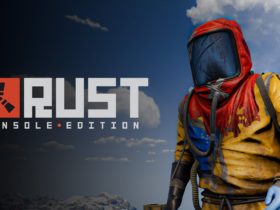 Is Friday The 13th crossplay between consoles and PC coming soon? That’s a question that many fans continue to ask even after five years of its initial release. Developed by IllFonic and published by Gun Media, Friday the 13th: The Game has brought in a new way of playing survival games that many studios have attempted to duplicate with their releases in recent times.

But many fans remain on the five-year-old title and haven’t lost hope on a game-changing feature that would revive its small population.

Millions of players have hopped online to get a chance to play as Jason or simply try to outsmart him as a camp counselor. The game is all about teaming up and playing with friends online, so this article will answer everything you need to know on the crossplay and everything you can do to make this game an even better multiplayer experience.

Friday the 13th: The Game is available on numerous platforms, including PC. But the survival game does not offer crossplay at this moment. The game can only be played between people with the same console or PC. Nintendo Switch, PlayStation 4, Xbox One, and PC are the platforms where the game is currently available.

Crossplay would be a huge addition to a game like Friday The 13th. Imagine teaming up with a friend who only has an Xbox One or Nintendo Switch to play on. But one of the many reasons that may have stopped. This is the platform support between many systems. For example, the Nintendo Switch would be more difficult to play against players on PC, where movement is king and tasks can be performed much faster.

Crossplay between consoles sounds more likely, but even that is something that many of the Friday the 13th: The Game fans are not expecting due to what’s happened in recent years with the franchise. But we’ll get to that in just a moment.

Is There Plans For Friday The 13th Crossplay Between Consoles?

Friday the 13th: The Game has been out for over five years, and it is unlikely that the studios behind this title will deliver crossplay shortly. The survival/horror game would be perfect for this type of feature, but several things are likely keeping that from happening.

As we said above, the game is over five years old, and it is rare for any studio to go back and introduce this type of feature, which often takes a lot of work and numerous updates to improve over time.

Maybe its biggest problem is the fact that there was a legal battle involving the game and the franchise. A couple of years back, a lawsuit forced the studio to stop the content release. The game had already been out for some time, but rumors repeatedly said more content was planned. More DLC and even an Among Us-style mode was part of those rumors.

Friday the 13th: The Game did release some content before the lawsuit, but it was mostly extra outfits for characters and minor changes.

The new generation consoles have been out for nearly two years, and one of the gaming trends right now is remastered and upgraded versions of games released during the PS4 and Xbox One days.

Friday the 13th: The Game is old, but it has one thing going big numbers. On the PlayStation side, the game is part of the PlayStation Hits lineup, which confirms that it has done quite well despite the lawsuit and lack of content for years.

A PS5 and Xbox Series version would bring better performance, features, and a chance of crossplay. The game continues to have a player base on its four platforms due to the number of fans that the franchise has. But allowing players to communicate and play together between platforms would be great for a new game version.

You can play the game on the new consoles like any other title released on PS4 and Xbox One. But there is one little problem with playing it on a PS5 or Xbox Series X. Friday the 13th: The Game does not offer support between platforms or progression. You’ll have to start again if you download the game on them. That is bad news for those stuck around with the game since its release.

Does Friday The 13th Offer An Offline Mode?

Friday the 13th: The Game is mostly known for its multiplayer experience, where one player is randomly selected as Jason. The rest have to survive as camp counselors with limited ways of escaping. The online experience is one of the best if you’re into survival games. But what about those who want to play offline?

Yes, Friday the 13th: The Game added an offline mode just months after its big release in 2017.

The studio delivered the mode at the end of 2017. The offline version of the survival game is somewhat different from the multiplayer experience. The player can only play as Jason against bots. The mode will have you going after the camp counselors, just like an opponent in a regular online match.

Friday the 13th: The Game was among the first to bring this type of survival experience to consoles. We hope the franchise returns with more cool games one day. 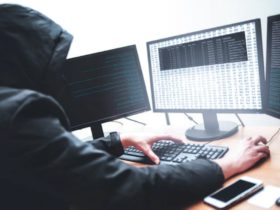 Can you go to Jail for DDoSing on Xbox?

Can you go to Jail for DDoSing on Xbox - Read this article to find out.