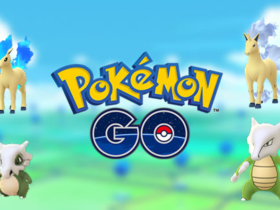 The Takistan map DayZ is one of the most challenging areas for new players and just about everybody. Sharing a border with the fictional country of Chernarus, the map can take some time to learn due to its difficult terrain.

Pakistan is one of several places where DayZ players try to survive. Here we have a quick review of the desert map:

Pakistan is a country surrounded by mountains, so most of the terrain is nowhere near flat. The area where players have to survive is pretty much all desert, with little to no cover in some areas or buildings to hide in.

The map features 24 villages, 4 towns, 3 airports, several oil fields, and a mine. These places are scattered around the large map, giving players numerous options to survive and get the best loot.

Most maps on games like DayZ provide large amounts of cover and structures where the player can sit back. But Takistan is a different map for players. Every move here seems a little more dangerous than on other maps. The map is mostly desert, so moving around will require being in the open for long periods. There is a lot of sand and a handful of trees to provide cover. It’s bad news for whoever spots you here since they can easily track where you’re going due to the little cover. You’ll have to move very carefully in open areas.

The hills are the best way to keep an eye out for danger. High ground is usually the best place to be in survival games, and it is no different here. Sitting on the hills and looking down for loot and opponents is the right move.

This map has many locations, but most of them are small. Towns and villages contain loot for all players. But the main attraction seems to be the airports and the big cities. Loot is all over the place, but some prefer to go to big locations to get things going early.

Once you’re set on the loot, you will want to stay safe and have the best location for a battle. Takistan is a very difficult map for those trying to sneak around. There is little cover, and most fights will be between hills and the buildings that provide cover. The buildings in most villages and towns have windows all over the place, so looting time can easily turn into a fight from a distance. Players also tend to sit in buildings, which can be an advantage if you hear them or if you happen to spot them before going in.

Takistan is easily one of the best maps for players who love sniping. A good hill can provide a view of a certain location. There are some disadvantages since having one area on a lock can mean getting a surprise attack from a different side. One of the best options for snipers is the buildings. They can provide cover from different angles and give you a clear view from one side.

More: Fallout 76 Return: How Is The Game Doing?

Takistan Map DayZ: Worth Checking Out

DayZ has numerous maps worth checking out, and Takistan is one of them. Why? In my opinion, this one offers a different experience from the usual DayZ. The usual DayZ is all about cover and big locations. But here, there are 24 villages and 4 towns where fights will differ greatly due to the structures and terrain. Players also have the option to visit the big locations, which always have good loot and big battles.

Survival game DayZ is the standalone mod of the ARMA 2 title. The mod caught the attention of many players back in the day, so much so that it came to consoles. The game went from early access to the official release in 2018. It was PC only at the time. But that changed the following year with the debut of the PS4 and Xbox One versions.

The game remains very popular to this day, especially on PC. Steam charts show that over 21,000 people played the game 44 minutes ago. The 24-hour peak is a whopping 38,000, which isn’t bad for a game that saw its debut on PC long ago.