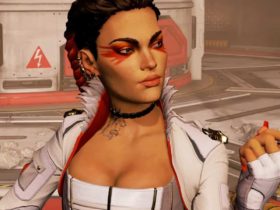 The character creation disabled New World thing took place earlier this year. The downtime was not something players expected, and the whole thing led to rumors of what happened during that period.

The team gave no exact details at the time, but players were unhappy with the feature being off.

In late January, several gaming sites had reports of New World disabling character creation in all regions. Many of the reports said the team set off the feature. At the time of the disabled, the team did not provide any information but clarified they would have more when they could share.

The random deactivation of character creation led to all sorts of speculation. One of the popular guesses by players is that the team was taking steps to reduce combat exploitation. The guesses made sense since the team had made a few other adjustments. One of them was adjusting the reward system for new accounts. The adjustment made the rewards equivalent while awarding much more later on.

The team had also put limits on how many new accounts could be made daily. Additionally, the team decided to disable server transfers for new characters. The changes meant discontinuing the free tokens that had been part of the game.

Back in October of last year, the MMO made a similar change. At the time, the open-world game announced that new character creation would not be available on full servers. In that announcement, the MMO also introduced the Server Status page.

Characters already made had no problems in the server. Reports from gaming sites said it was likely done to encourage players to make new characters in low-population servers.

The downtime of the character creation disabled in January wasn’t very long. About a day after the surprising character was disabled, the feature was back up and working properly in the game. The team had announced that there would be some downtime. But it never gave a reason for doing it.

The reactivation of the feature saw good comments as well as some criticism. Players were happy to see it back in the game, but others criticized, especially with the lack of information.

New World, a multiplayer online role-playing game from Amazon, made its big debut on Sept. 2021. The release came after a long delay that saw the date go from May 2020 to September 2021.

Amazon’s New World MMO puts players in charge of a group that has the choice of joining one of three factions. The goal is for the group to use resources, and craft items, battle dangerous creatures, and explore the world.

Reviews on the game were mostly on the average side. GameSpot, IGN, and PCGamesN gave it a 6 out of 10. But the game did succeed early on and remains quite popular today on the day of release, Steam stats over 700,000 concurrent players. The all-time peak, according to Steam charts is 913,027.