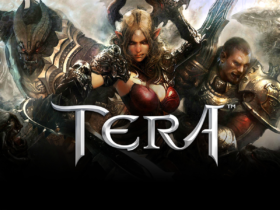 There are plenty of games like Rust on Xbox. Survival is the game’s main focus, and many here offer just that. There is a long list of them on the Xbox, but here we will show a few you might want to check out.

We’re starting with what is maybe the closest game to Rust, Ark: Survival Evolved. Ark brings a secret ingredient to the survival mix, though, dinosaurs. The 2017 survival video game focuses on having a character who must do everything to remain alive. But the introduction of dinosaurs takes things to a new level. Dinosaurs can become your friends and are used to get across gigantic maps.

The best part of the game is that it can’t be done in one go. The map is huge, so you’ll spend hours in one area. The roster of dinosaurs is amazing too, and you can encounter and tame just about every one of them.

Subnautica is a very interesting survival game that will require you to be in the water for most of it. Sure, the game has land and structures that can be built to complete objectives and store items. But the best and scariest part about this game is exploring the ocean. As we all know, we still haven’t fully explored the ocean. In Subnautica, you’ll explore some cool areas and try to avoid the scary creatures that live in the depths.

Subnautica also has a sequel called Below Zero.

Stranded Deep wastes no time in putting you in survival mode. The game starts with the player getting stuck on an island. The survival experience here is slightly different from Ark. Players have to build and find resources to stay alive in this one. The game takes place on little islands, so players must improvise and get creative. Diving, fighting animals, and building rafts are just some of the activities players will be experiencing on this one.

Oh, and there is co-op too. The game’s debut saw it as a single-player experience, but co-op was brought back some time.

Minecraft had to be on this list because of what it can do. The classic title has several survival elements, including the discovery of resources and exploration. The experience can be perfect with a quick search for modes.

Minecraft has made hundreds of millions since its release a while ago and remains a classic in the genre, even if it’s not a full experience like Stranded Deep or Subnautica.

This list has just about every setting possible, islands, gigantic maps, and now space. No Man’s Sky is one of the favorites of many when it comes to space sims. The game is all about exploration, which doesn’t get repetitive due to the amount of content its studio has brought in over the years.

No Man’s Sky also happens to be a gaming success story. Its 2016 launch was a disaster, with many fans and reviewers criticizing the game for not delivering what was said in interviews and events. No Man’s Sky has since bounced back from disaster, releasing numerous updates to improve the game significantly.

The game continues to go strong after six years, and Hello Games has even made sure to bring the experience to next-gen consoles. What’s even crazier is that the studio has also brought in cross-platform so everybody can play together. No Man’s Sky has also turned its reviews from low ratings to mostly positive.

The Forest is another game that comes close to offering what is on Rust. The game is about survival, with its setting in the forest. Players will have to survive by hunting for food and fighting against creatures.

Its studio also works on a sequel to survival horror, Sons of the Forest. The game, which saw a delay earlier this year, will follow a similar path to the first release. In it, players will have to stay alive after a crash landing on an island filled with scary creatures. Players will also have to focus on the necessities such as water, food, and a good place to sleep and hide.

According to reports, sons of the Forest is now looking at an October 2022 release.

Looking for more co-op titles and games similar to Rust? Check out this list here.