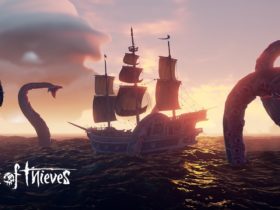 Sea of Thieves Curses: How To Unlock All

PS4 hunting games are rare nowadays, but the genre has gems. Numerous titles, such as Horizon Zero Dawn and Hunt Showdown, have captured the attention of gamers across the world. We’re now in the PS5 era, but most quality titles are on the PS4 since that console is nearly ten years old. Can you believe that? It feels like the PS4 hasn’t been out that long.

Anyways, here we have all the must-play/quality PS4 hunting games. Let’s get started.

Monster Hunter World, The Most Challenging of the PS4 Hunting Games

The Monster Hunter series has been around for a while, but its latest entry is Monster Hunter World. The title follows the same path as previous releases. Players have areas to explore and survive in. The highlight of this game is going up against monsters and trying to defeat them.

Monster Hunter World is famous among the PS trophy community since it is not only challenging but also a game where you can easily spend hundreds of hours. If you’re looking for a game that you will play for a while and maybe try to get the Platinum on, this is probably the top option.

If you have a PlayStation, you’ve probably heard of Horizon Zero Dawn. The game, which first arrived to the PS4 some years back, follows a warrior known as Aloy. The story begins with her as a child and training to become the warrior she is today.

Horizon Zero Dawn has a solid story, but its strength is probably the combat in its open world. The map is filled with dangerous creatures, and Aloy will have to fight many of them to complete the story and side missions.

The combat is addictive because the player slowly upgrades the character. Each creature displays a weakness in its body, allowing players to target and get past a challenge much faster. Aloy can use bows and many other weapons to combat the creatures. Stealth also plays a huge part in this game, with players able to hide in the grass, like in Ghost of Tsushima and many other open-world games.

Hunt: Showdown is a tactical first-person shooter that throws in PvE and PvP. The game comes from the makers of Crysis and other titles, but the team has done something different here. Bounty-hunting games that combine horror and the elements mentioned above are rare nowadays.

Hunt: Showdown gets close to that battle royale experience that many people love. But with its spin. The game, initially released in 2018, remains quite popular to this day, with the studio constantly releasing updates and events to keep things fresh. Hunt: Last month, the showdown set an all-time peak on Steam with over 38,000 players. The record number came after a new event in which the studio introduced more content. The “Serpent Moon” live event offered a new legendary hunter and other rewards.

The Far Cry series has been around for many years, and most have followed a similar path. But in 2016, Ubisoft returned with a unique game called Far Cry Primal. The title is part of the famous series, but the open-world giant returned to the stone age this time. Modern weapons were replaced by spears, bows, and other hunting tools.

It is the only time the Far Cry series has taken this path. The two following games and DLCs have gone back to a modern setting. Far Cry 6 and 5 are entertaining, but if you’re looking for a different spin on the series, Far Cry Primal is the way to go.

This release may be a little different from the hunting experience of a Cabela’s or any other hunting simulator. But The Witcher 3: Wild Hunt currently holds some of the best reviews. This is one of the best releases of the previous generation consoles. It is not difficult to see why since CD Projekt Red has delivered a quality experience and tons of content to keep things entertaining.

In 2015, The Witcher 3: Wild Hunt won The Game Awards. The action role-playing game competed with other classics such as Fallout 4 and Bloodborne.

Predator: Hunting Grounds didn’t exactly debut with the best reviews, but I threw this one here because it is technically about hunting. The game is about Predators vs. soldiers, just like in the movies. The multiplayer video game, developed by IllFonic, puts players in the shoes of a mercenary or the Predator. The goal is simple; the mercenaries must do everything to survive against the Predator. The player lucky to be the Predator gets some of his cool abilities and plenty of health to combat the opponents.

Predator: Hunting Grounds isn’t the greatest game out there, but it is worth playing a match or two with friends, especially if you added it to your collection through PS Plus in Sept. 2021. 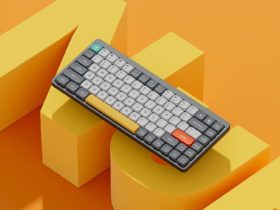