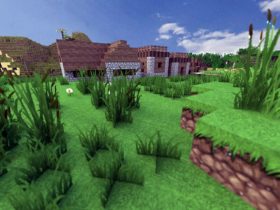 How to Find a Minecraft Dog

Among Us dead has been a common phrase among gamers throughout last year and this year. Why? Many players feel the game completely fell off after a magical run in 2020. Here we’ll discuss the numbers and explain why the game is still popular.

Contents
What’s Among Us?
Popularity In 2020 and After
Is Among Us Dead For Real?
Will It Ever Be As Popular?
‘Among Us Dead’: What Caused the Decline In Players?

Among Us is a simple little game that made its way to PC years ago. The game was out in 2018, and some streamers were very early to the party. They played it without knowing that the game would explode in popularity during the pandemic.

Among Us is a multiplayer social deduction game where players must decide to eliminate the impostor. The impostor is selected before the round, and there’s no way of knowing without actually seeing or getting lucky blame on somebody. The impostor is in charge of sabotaging and eliminating the crew members. The rest of the players have to figure out who it is.

The game’s concept is pretty simple, and there ain’t much outside of that mode. But that didn’t stop it from becoming one of the most-played games just two years ago.

More: Among Us Colors: All the Options and Popularity

Popularity In 2020 and After

2020 was not a great year for the world, and most of us had to stay inside. Video games, streaming services, and other entertainment grew to record levels during this time. One of the success stories was Among Us, a game that had been out for about two years.

Streamers and just about everybody around the world started playing it. The game was everywhere, and people wanted to see more. Its popularity skyrocketed to levels we had never seen before. But the game saw a drop in players as things slowly went back to normal. And it hasn’t fully returned to the levels of popularity it saw in 2020.

Is Among Us Dead For Real?

Among Us is far from dead, but it is no longer the game people are talking about. Steam numbers are pretty solid, with about 7300 players on the game as of 40 min ago. That is not bad, and some video games would love to have those numbers right now.

On the PlayStation side, we can kind of say the game is having success. July’s top downloads of the PS Store featured the game in the top ten. That list was for the PS Store in the US/Canada and EU. Both are big gaming markets, so that’s not bad at all. The social multiplayer game did drop from the PS4 list, but it still managed to make the top twenty. The game has also appeared among the top downloads in previous months.

Will It Ever Be As Popular?

Going back to the numbers when everybody stayed at home will be difficult for the game. Those stats were insane for most games, but Among Us was one of the few to keep them up for months. We say one of the few because it wasn’t the only gaming success story. Around the same time, PS Plus users got this free game called Fall Guys: Ultimate Knockout. The title was free for all those with a PS Plus subscription. The game immediately exploded in popularity due to its funny and challenging obstacle courses. Fall Guys eventually made it to the top of the PS Plus highest sellers.

‘Among Us Dead’: What Caused the Decline In Players?

The drop in players could be due to several reasons. It is extremely difficult for a game to keep those numbers. Big titles in recent months have kicked off to big numbers and later seen a decline.

In the case of Among Us, the game was extremely popular during a time when everybody was home. People had time to play any game they wanted. But that has changed, and the game continues to be about the same.

The lack of steady content could also be a reason. Big titles such as Fortnite, Apex Legends, Rocket League, COD Warzone, and PUBG are updated monthly. In the case of Fortnite and Warzone, there are several updates to make significant changes. Among Us never really had that, and it took a bit for the game to reach other platforms.

Among Us for Xbox and PS was released last year’s end. Most people had moved on or played the game too much on PC to spend more money on a console version.

The success of Among Us led to incredible numbers, but we all knew it would be nearly impossible to keep those numbers for many more years. Is the game dead, as people say? Not, well, at least on Steam and PlayStation 5 and 4.