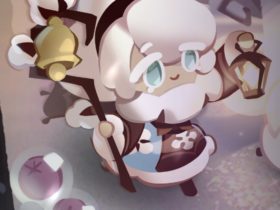 The UFC 4 crossplay that many players have been waiting for remains a question mark. The mixed martial arts game, released in 2020, is the latest in the series. But EA hasn’t confirmed if there will be a crossplay feature shortly.

Contents
Is UFC 4 Crossplay Part of Any Version?
Will the Feature Come?
Will It Be Part of UFC 4 or a New Release?
EA To Keep Waiting?
What To Do Without Crossplay?

Is UFC 4 Crossplay Part of Any Version?

The options in the popular fighting game remain quite limited. There is no crossplay in this title at all. This means that Xbox and PS users cannot add each other and fight. They instead have to stick with the competition on their consoles.

That’s not even the worst part when talking about crossplay. The game has not seen a release for PC and what was said back then is not good news. An official involved with the game reportedly said in 2020 that there aren’t any plans for a UFC 4 on the PC or Switch. This is strange since several sports games have been released on the Switch and PC.

Will the Feature Come?

Crossplay has become a huge feature for games such as Fortnite, Apex Legends, Dauntless, and many others. But things have been different on the sports side. Recent releases from EA have started testing the feature.

Back in May, PS5, Xbox Series, and Google Stadia users were the first to get crossplay on FIFA 22. The famous football game sees a release every year, but EA has not decided to bring the feature to the game just yet fully. For years, the competition has been between users of the same platform.

There could be some surprises shortly, though. The sports season is about to get good with the return of futbol and the NFL. The return of the leagues usually comes with the release of more EA sports titles, such as FIFA and Madden. In Madden’s case, the game is already available. FIFA will be coming soon.

FIFA 23 will introduce the option with the launch of Division Rivals. EA’s official page has already posted some details on the feature. Several modes will be allowed crossplay, and the post confirms that it will be on by default. Like many games with crossplay, players will be able to switch it off when they want to.

Will It Be Part of UFC 4 or a New Release?

UFC 4, which has been out since late 2020, currently offers a PS4 and Xbox One version. A next-gen experience is rumored to be in the plans. This release could be the one that does bring the feature.

Nothing has been confirmed yet, though; there is no indication if UFC 4 will have a next-gen upgrade. But fans hope the next UFC game follows the steps of FIFA.

We just mentioned a UFC 5 or next-gen upgrade that could have crossplay. But EA could easily go a different route for at least one more release. FIFA 23 will have crossplay once it’s released. But other popular sports titles aren’t as lucky. Madden 23, which hit shelves days ago, has left out crossplay again.

The decision is somewhat surprising due to how popular the Madden games are. Many were expecting this year’s release to be the one with crossplay. But EA has skipped on the feature, at least for the beginning of the football title.

What To Do Without Crossplay?

UFC 4 would be a blast with friends or family members. But the game is still solid despite its lack of crossplay. UFC’s most recent fighting video game has a large roster, including Masvidal and Amanda Nunes superstars. The game features a Career Mode and online modes where you can fight top-ranked opponents.

The game has received several updates throughout the years. Some of those updates have added licensed fighters. The game added Marlon Vera just two weeks ago, currently in the top five ranking for the bantamweight division.

Seeing time go by without the addition of crossplay to UFC 4 has disappointed some fans. But there’s hope after the changes to FIFA, which will be among the first EA titles to have the feature fully.