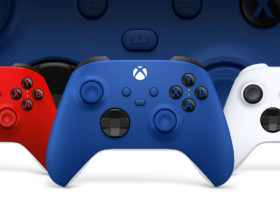 LawBreakers forums and all kinds of discussions were all over the internet when the Boss Key Productions project made its release in 2017. It’s been four years since the game shutdown, but did you know there is a crowd still discussing the game?

LawBreakers has been around for over a year, but some continue to discuss the game in forums such as Steam Community. In that section alone, there are several posts from this month. One of the most recent posts is in the bots thread, where users request the team to add bot support.

Users also made several posts during July and August, indicating there is still some interest in the game. Among the most popular is a thread trying to revive the community that was once there when the game was ready to launch.

Other posts simply ask how difficult it would be to recreate the game with a different engine, while others suggest similar games. LawBreakers is not coming back anytime soon, but some players have not forgotten about the Boss Key Productions release.

Neoseeker forums are still a bit active as well. One of the most recent posts was made at the end of last month. That section only has three threads on the game, though.

What Happened To LawBreakers?

The first-person shooter video game was one of the hottest topics in 2017. People were really looking forward to the game, and many put it as the next genre king. At the time, the game had several trailers, and it all appeared to be going great.

The gameplay differed from the rest, and Boss Key Productions appeared to be on the path to success. But the game never took off. It was shut down in over a year, with very bad results for the game developer.

LawBreakers made its big debut in August 2017 for PC and PlayStation 4. At the time, there was a lot of hype due to the game featuring the traditional FPS approach but with a twist and low gravity.

Six modes were part of the game for its release. Here are the six and a brief description:

Turf War: A capture-the-point until the max score. Capturing the point would go towards the goal of 16 points to win the match. The mode even had an overtime option if things were close in the last round.

Occupy: The goal of this mode was to take a point on the map and hold it for as long as possible. The point would rotate around the map every 45 seconds.

Overcharge: A capture-the-flag mode with a battery as the flag. Instead of capturing, teams would run back to their base and defend it.

Team Deathmatch: The classic TDM experience, teams rushing to get the most eliminations.

Uplink: A mode similar to Overcharge but with a satellite dish. Teams had to defend it.

Blitzball: Look for the ball and try to capture it before the end of the 30-sec countdown. The first team to score five would win the match. The mode also had a 15 min timer if no team got to five.

The game saw pretty good reviews, but that didn’t translate to sales. In late 2018, the game’s servers were shut down after an announcement from the studio. The shutdown is said to have come after the game didn’t sell enough to keep the game going.

In recent years, similar games such as Splitgate have caught the attention of gamers around the world. The main difference between LawBreakers and recent games that have found success is that most have gone straight to free-to-play. LawBreakers launched as a full game and later went F2P after the shutdown announcement. The game is gone from Steam and is no longer available for purchase.

A very short run by LawBreakers, but gamers continue to talk about the game four years after its removal. It is highly unlikely that it will see a return, but forums continue to get posts and suggestions from people that find similar games.

Here is an interesting video from Crowbcat showing what happened during the LawBreakers time and why it did not succeed:

More: Fallout 76 Community Calendar: Content For the Rest of 2022