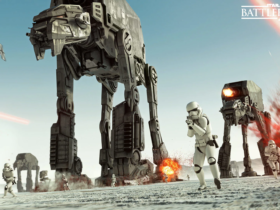 Mala Sauce Cookie is a barbarian-like cookie that loves to be in a battle. This short-range warrior cookie uses its melee weapon called the morning star, made from star anise.

In today’s article, we will talk about the Mala sauce cookie toppings and another necessary thing that you need to know about this cookie.

Two kinds of mala sauce cookie toppings are recommended by many. The searing raspberry and the solid almond toppings. There is also another topping that I think is also useful in this cookie.

Solid almond topping is also recommended. It was because the mala sauce cookie is a charge type and always in the frontmost part of the formation. Being in front, you may expect that she, together with the defense type, will be the first to get hit. Solid almond toppings can increase her damage resistance and its survivability in the front line.

The first two toppings are what they recommend for a mala sauce cookie, but I have another recommended topping that is worth trying. Instead of searing raspberry and solid almond topping, I choose swift chocolate toppings to reduce its skill cooldown.

The main damage of this cookie is from its skill; it gives an area of damage, plus continues damage per second, and also gives a critical buff to its allies.

By using five swift chocolate toppings, your mala sauce cookie can use her skill more often, giving more buff and more damage to the enemies.

Games Description ” The blistering heat of the Dragon’s Vally seems inhospitable to all forms of life. That is.. until you get to know the spicy cookies of the Mala Tribe. The entire tribe is unyieldingly spicy, but none come close to Mala Sauce Cookie with her mind-numbing, fiery taste! Her strength knows no bounds: a simple tap on a boulder shatters it to pieces, and a full swing of her morning Start Anise triggers a massive whirlwind.

Due to her fierce determination to protect the tribe, she was the only cookie who succeeded in the dreaded trial of the dragon. It’s no wonder that she is destined to be the future leader! Despite the twist and turns of her first adventure outside of the village, if she can captivate the spicy denizens of the Mala Tribe, the outside world doesn’t stand a chance.”

Skill Description ” Strike the grounds with her mace, capturing it and dealing area damage. Spicy mala sauce lava will erupt from the crack and apply the burn debuff dealing periodic damage to the enemies. In addition, this skill increases the crit percentage of the two allies with the highest crit stats.

Mala sauce cookie has three kinds of effects from its skill. First, it strikes the ground with its morning star anise weapon and deals an AOE damage to the enemies within range. Then it gives a debuff to its enemies using periodic damage. Then it also amplifies the crit chance of two of its allies with the highest crit chance.

For me, the only use was the area of effect damage from its skills and the crit buff it gives its allies. The periodic damage is lame in my opinion, and doesn’t give as much damage to the enemies.

You can get Mala Sauce Cookie by doing a gatcha; if you are already doing some gatcha in the game, you might already know the drill. 300 crystals for one draw and 3000 crystals for ten draws.

You might need to spend thousands of crystals to get one. If you’re lucky enough, you might get one of these in just a few or even a ten-times draw in the gatcha. If you’re not, prepare to spend 36000 crystals.

The easiest way to get its SoulStone is through the Mileage shop. As you keep doing gatcha, I’m pretty sure you have enough Mileage coin. You’ll need to buy at least twenty Mala cookie soul stones to summon if you have more Mileage coins much better since you can buy more mala cookie soulstone for the upgrade.

Obtaining mala sauce through the stages I’ve mentioned is not 100% percent guaranteed. Sometimes you will get one, sometimes not; it will still be based on your luck.