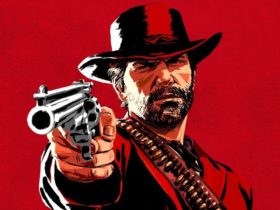 Contents
Terraria vs Minecraft – Gameplay and Much More
Terraria
Content, Rewards, and Much More
Which One Is Greater?
The Bottom Line

Both games have their own unique gameplay mechanics and features, but which one is better?

If you watch a bit of Terraria vs Minecraft, you’ll see how different they are. Here we’ll explain what separates them and discuss which is greater.

Terraria vs Minecraft – Gameplay and Much More

Minecraft comes with a 3D sandbox experience that allows you to move freely between large spaces. The game allows players to explore gigantic areas and many options to get creative in those spaces.

Minecraft has few rules and, therefore, no real goal or objective to complete in a certain amount of time. Players can do whatever they want with the structures and resources. That’s about it.

Minecraft’s experience is all about the multiplayer feature. Players can create their world and do much more with it. There are a ton of options, but everything is pretty much a multiplayer experience.

Terraria looks quite different when put side by side with the gameplay of Minecraft. This game offers a sprite-based 2D experience. You can get just as creative here as Minecraft but with a different look.

Terraria also goes beyond offering just a multiplayer experience with no goal or objective. Role-playing gaming allows players to have a different experience in single-player and multiplayer.

Terraria’s exploration also seems to be a bit more rewarding than its competitor. Several parts of the game will have you exploring and looking for the resources to get past them. Other crucial resources are hidden in parts of the levels, with good rewards for those who find them. Minecraft can do some of this, but this is found in Terraria from the start.

Terraria seems to be a bit ahead when it comes to content. The game has many events and levels that allow you to find more and more challenges, including bosses and tough opponents. Players must get creative with what they find and use to get around these levels.

On the other hand, Minecraft offers players many bosses and challenges. However, it feels like Terraria has more to offer in this department. But then again, Minecraft is more about building and exploration.

If the content is what you’re looking for, then Terraria takes the lead in the Terraria vs Minecraft topic. But there is more to talk about than just bosses and obstacles along the way.

Rewards are very important in most games, and Terraria focuses on this from the start. Players immediately unlock a new tier of objects after getting past the bosses found in the levels. The bosses also drop items that you will use along the way.

Bosses on Minecraft reward the player with XP and mostly common loot. Players don’t get much outside of that. Most of the loot found is common, which means it is available elsewhere, so going after the bosses here doesn’t feel as rewarding.

Which One Is Greater?

There is no real answer here; both provide a different experience. Both are quite fun to play with friends too. Terraria even supports four-player split-screen co-op, something we don’t see in many games nowadays.

Terraria offers a sandbox experience with adventure and many objectives in the mix. Players get goals and other things that motivate them to keep their journey going. There’s depth, something that its competitor does not have.

Minecraft offers a bit of the opposite; you can sit back and not worry about chasing bosses and getting more loot. You have the freedom to explore and build the best farmhouse, megabase, or whatever cool structure you have in your mind at the moment.

Terraria is the better option for those who want goals and a challenge, while Minecraft is a creativity game.

Terraria vs Minecraft is a very old debate that continues to surround both of these great games. The two sandbox games are often in comparison articles, but each offers many different experiences when looked at closely.