The Unity Web Player is a safe platform. Users can experience content developed in the Unity game engine by installing a browser plugin called the Unity Web Player. Firefox and Safari allow users to install a plugin known as ActiveX control. The Unity web player allows users to play various games in their browsers.

What is Unity Web Player?

The Unity Web Player is a browser extension that brings Unity-made 3D media into your web browser. In the hundreds of millions, numerous individuals have already downloaded the plugin.

The Unity Web Player is a plugin used to play games and other interactive content created with the Unity game engine. It also poses a potential security risk as it can give malicious websites access to your computer.

To protect yourself, only grant the Unity Web Player permission on trusted websites and regularly update the plugin. Use browser extensions to secure the perimeter and block suspicious websites or downloads. These precautions allow you to enjoy Unity content while keeping your personal information safe.

The Unity plugin is safe to use, and it also offers software engineers a risk-free setting in which to experiment with it. Moreover, the procedure is carried out in a separate and protected setting, thereby preserving the unaltered state of the game and the integrity of any other data or program that may be in use.

Vulnerabilities in the Unity Player

More: What Is E2E & P2P Encryption – Are They Important?

The unity web player has had all of its known vulnerabilities patched and enhanced. You can safely use them without worrying about anything bad happening. The developers behind Unity Web Player are constantly hardening their systems against exploits of any kind and making incremental improvements.

According to several users, “it is as secure as it can be; yet, we could question the security of Adobe Flash apps. Everything should be alright if the application does not have access to personal information or computer hardware”.

Lastly, as far as I can tell, it’s reasonably safe. It’s a fantastic add-on that works with any web browser. The unity web players team is always improving its systems. To protect against new forms of attack and fix any flaws that are discovered as quickly as possible. 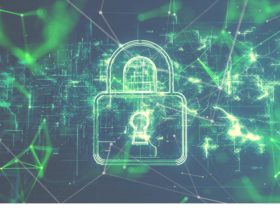