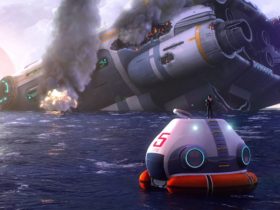 Minecraft is a great game on its own, but with the addition of some well-made Pokemon Minecraft Mods, it becomes an even more amazing experience.

Are you looking to add an extra layer of pokemon fun to your Minecraft world? The best pokemon mods can do just that. From re-creating classic pokemon battles and new pokemon mobs, there are plenty of ways to spice up your game with pokemon characters.

So whether you’re a longtime fan of Minecraft or you’re just getting into it and want to add a little Pokémon fun to the game, be sure to check out all of these awesome mods!

What are Pokemon Minecraft Mods?

Pokemon Minecraft Mods are a great way to add new content to your game. There are many different types of mods, but they all have one thing in common: they allow you to change the way your game looks and feels.

For example, you can install a mod that changes the environment from snow to desert, or one that replaces all the animals with pokemon.

Pokemon minecraft mods can be as simple or as complex as you want them to be, and there are literally thousands of different mods available for download.

So if you’re looking for a new way to enjoy your favorite game, why not check out some of the amazing pokemon minecraft mods out there? You might be surprised at just how much fun you can have.

In no particular order, here are some of the best pokemon minecraft mods in 2022:

Who wouldn’t want a Pokeball? They are spherical devices used to capture pokemon, and they just look so darn cool. Plus, they would be super useful in Minecraft.

With a Pokeball, you could easily catch all those pesky pokemon that run around, and then put them in your pokemon zoo or whatever. And if you’re feeling really creative, you could even make a pokemon school, where people can come to learn about pokemon and train them to be the best they can be. Just imagine all the possibilities!

So what are you waiting for? Go out and get yourself a Pokeball today.

Want to add a bit of pokemon flavor to your Minecraft world? Then why not consider the Bidoof Totem Of Undying mod?

When the sun sets on the Minecraft world, a new adventure awaits. The Bidoof Totem of Undying is a beacon of hope for any player looking to catch ’em all.

This mod adds a powerful totem that, when activated, protects you from death. Just think – you’ll never have to worry about dying again! Plus, the totem also looks pretty awesome too!

The totem has the ability to bring pokemon back from the dead, giving trainers one last chance to capture their prey. It also grants its owner invincibility, making them immune to damage from all sources.

Whether you’re looking to catch ’em all or become the ultimate pokemon trainer, the Bidoof Totem of Undying is a powerful ally to have on your side.

The PokeCube Revival mod is the perfect way to bring pokemon battles into the world of Minecraft.

This mod brings the classic pokemon battling system to life, allowing you to summon pokemon from pokeballs and battle them in an arena. You can then use different strategies and techniques to defeat your opponents and become a pokemon master!

The mod features pokemon from all regions of the pokemon world, as well as new pokemon that have been created specifically for the mod. Pokecube Revival also features a new type of pokemon, known as “Shadow Pokemon.”

Shadow pokemon are incredibly powerful and can be a challenge to even the most experienced pokemon trainers. If you’re looking for a new and exciting way to play Minecraft, then be sure to check out Pokecube Revival!

Are you ready to prove yourself as the very best pokemon trainer? Then why not check out the PokeTournament mod?

This mod adds a tournament system to your game, allowing pokemon trainers from all over the world to compete in a pokemon battle. Players can create their own pokemon teams and then take part in tournaments with other players.

The PokeTournament Mod for Minecraft is the perfect way to bring the world of pokemon into your game. This mod adds in pokemon that you can catch and train, as well as new items and blocks related to pokemon.

You can also battle other players using your pokemon, and there are even special events that occur periodically. Whether you’re a fan of pokemon or not, the PokeTournament Mod is a great way to add some excitement to your Minecraft game.

More: How To Get Mewtwo In Pokemon Go: All the Methods

These are just some of the best pokemon minecraft mods in 2022. With so many different mods to choose from, there’s sure to be something that suits your needs.

Whether you want to catch ’em all or become the very best pokemon trainer, these pokemon minecraft mods will make it happen. So what are you waiting for? Start exploring the pokemon world today!

These are some of the highest-quality pokemon Minecraft mods you can find in 2022. Have fun catching ’em all and enjoy your pokemon adventures!