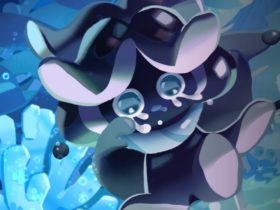 Let’s show you the coolest shiny Pokemons out there.

Pokemon has plenty of episodes and films where we see all kinds of Pokemon. But the coolest Shiny Pokemons are mostly available in the games. One of the rarest and easily in the top five for the coolest is Mew.

Mew is a legendary Pokemon, so finding and catching a normal one is already good. But a shiny version? Even better. One of his shiny versions has a shade of blue, and it looks so awesome.

Ho-Oh’s normal version is pretty cool, so finding the Pokemon in the original Gold game was already a good thing. But his shiny version is even cooler, with golden wings and white tail feathers.

Ho-Oh is often forgotten by fans because Silver has Lugia and that Pokemon got its movie. But shiny Ho-Oh is a good one if you are lucky to find one.

Ninetales is a Pokemon with golden-white fur and could easily be mistaken for a legendary version due to its impressive looks. But Ninetales isn’t that rare compared to a Ho-Oh, Lugia, or a Mew.

Still, Ninetales looks amazing without the shiny version. The Pokemon has made several appearances, including in a battle against Ash as part of Blaine’s team. The version we are talking about here looks even better.

Shiny Ninetales are found in Pokemon Go, but the chances are low. Every shiny Pokemon has a very low chance of appearing, and Ninetales is no different.

Psyduck is one of the entertaining characters of the show early on. The Pokemon doesn’t seem particularly strong or useful, but we later see its true strength. The power from Psyduck comes when the headaches get out of control. We get to see some of that power in the episodes of the first Pokemon with Misty, Ash, and Brock.

Psyduck is a common Pokemon in Red and Blue, often showing up in any body of water. The shiny version is pretty cool, though. The Shiny blue Psyduck is in the anime. It is owned by a trainer who got it as its first Pokemon.

Ponyta is a common Pokemon in many parts of the first games. There is nothing super cool about this Pokemon. But it being all about fire makes it at least worth having in the roster. Now, the shiny version looks a lot better. In Pokemon Go, the red flames have been replaced by blue flames. We’re used to seeing Ponyta with a red tail and hair. But this version looks quite good.

Lapras is one of the coolest Pokemon in the original games. A guide would tell you exactly the location of the Pokemon for you to go catch and add to your starting roster. But the coolest version is easily the Shiny one.

The version is available in Pokemon Go in a shade of purple. Pretty cool.

More: Mango Cookie Guide and Everything You Must Know

The blue Gyarados is pretty cool, but an even better version is the Red Gyarados. Unlike most of the Pokemon on this list, the Red Gyarados have a story throughout the games. In Pokemon Gold, Silver, and other games, the Pokemon is located in the Lake of Rage. The place becomes an area to avoid because of the scary encounters with the Pokemon. But the player has the opportunity to go and catch the Pokemon.

Fun fact, Shiny Gyarados and Shiny Magikarp were the first Shiny Pokemons to debut in Pokemon Go. The Pokemon has been available for players to catch in multiple Pokemon Go events since 2017.

Pokemon has a large list of these versions, but these are some of the coolest. What do you think? Have you found any of them in games? Give us your thoughts in the comments section.