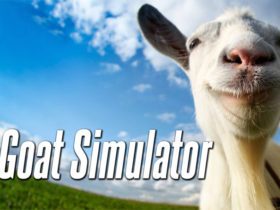 The blue among us character is the top five most popular according to Innersloth. The character has been in the multiplayer game since the very start, but there’s some mystery to this color option. Unlike Red, Blue doesn’t have a ton of memes and random phrases that people use to make wild accusations.

It is hard to know what a blue character is doing in Among Us. But we get some ideas, especially when they break out an outfit.

Blue Among Us Character

The blue Among Us character is often in matches due to its popularity. According to an Innersloth tweet from 2021, the color is the fifth most popular in the game. The color is only behind really popular ones such as Red and Black.

Blue’s story isn’t a villain like Red but doesn’t be fooled; some Blue characters are good at being the impostor.

Blue is often in video games to show a teammate. The color is often part of the teammate’s name or somewhere on the screen. But in Among Us, that doesn’t work at all.

Among Us is a game where color doesn’t matter since the impostor is chosen randomly. Blue, Pink, Red, Black, and White all have the same chance of being the bad guy in the spaceship. Believing that Blue is friendly just because of the color is a mistake.

New players often use blue. It is popular, but most will go for Red and the other three choices ahead. Blue is available sometimes, so they go for a common color.

A new player with Blue is quite interesting since he might go unnoticed for the most part. While people discuss if Red or another color is a threat, Blue will just sit back and slowly go for the win.

Blue is a common color worldwide, and it is easy to create an outfit with all the cosmetics that Among Us offers. People can choose a blue suit/jeans with a matching outfit. Among Us has a blue beanie to go with the matching outfit.

You got hats and masks in other colors that also go with blue. There are many choices here for those who use Blue regularly.

The scientist coat also goes well, especially since there is a scientist’s role in the game. This type of player is even more difficult to predict. One minute you will think the impostor is not that person and then see that same player use a vent. Then confusion sets in, and you must ask who the scientist is before making the accusations.

Blue Among Us Character – A Solid Option

Blue barely made the top five in the color option rankings. But the color is good, especially when you are in a lobby and the top four are already taken. This will not impact gameplay, but it might keep you away from the players constantly watching others.

Blue also seems to be the one newer players go for, so they might even mistake you for a beginner. That alone is a good start if you happen to get an impostor. Good luck and have fun.

Among Us is available on Android, iOS, Switch, PS, Xbox, and PC.