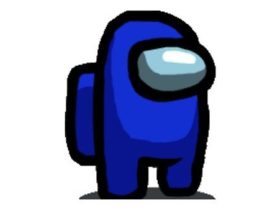 The Red Among Us character can easily be the representative or mascot of the multiplayer social deduction game. There is no such thing as a mascot or anything that makes a character’s role higher than the others. But red is up there as one of the characters that players and the game use most.

Red is among the many color options in the game. But its popularity is quite high since the studio has it on some of the screen pop-ups, promotional content, and other things related to the game.

If you look up the game on Google Play, it will show you the icon with that character. That’s how popular the character is at the moment. Red also happens to be the most popular color in the whole game.

This isn’t some poll people came up with to determine the popularity. This was a confirmation by the official Among Us Twitter Account. On July 26, 2021, the account made a post showing a picture of how popular each color was. Red, Black, and White were the first three colors. Tan was last.

Red Among Us, Popularity

The Among Us top ranking didn’t come from a vote like a studio did to pick the new color options. The ranking comes from actual game data.

The popularity of the character can be attributed to several things. First, the studio has used this character for promotional content. Second, a ton of memes have been created around the character. And third, the color catches the attention since it is red. Among Us has plenty of other color options that are not as bright or easy to spot.

The Memes – Red Among Us, Sus

Red is probably in the top five regarding Among Us memes. No one knows how the whole ‘red sus’ meme began, but it continues to be part of chats across the game. When someone throws out the words ‘red sus’, many people will immediately put an eye out for that character.

Whenever an emergency meeting is called, there is a high chance that someone will blame that character for no reason or for being somewhat close to what they saw. If you have the red character, just be ready to defend yourself against the many accusations that will probably come your way.

Red getting a higher chance of being an impostor has been around for quite a while now. There is no truth to red having a better chance of being the bad guy. But people continue to go with that and will blame red if it comes down to getting somebody out of the match.

The studio is somewhat to blame for this belief since the character is often used to display the bad guy in the game. Even the word impostor is in red. Just check the How to Play section, and you will see that the Impostor in the small pictures is red. Not a single picture has the Impostor being the crew member.

Red is the most popular color in a game, with many cosmetics, including masks and hats. The majority match with it; therefore, many go with him just for that. An outfit can be created in a matter of seconds for this color. You can throw on a white chef hat or a simple mask, and you’re good to go. There are plenty of outfit options, which makes the character a popular pick in any lobby.

Among Us currently has 18 different color options, but we can’t deny that the character of this article is pretty much the official mascot of the multiplayer social deduction game. It will be hard to change that, too, since InnerSloth does not regularly introduce new colors to the game.