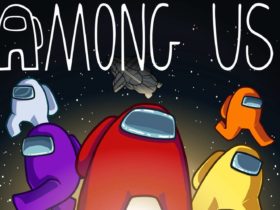 How to evolve Inkay in Pokemon Go sounds like a tough task. But it isn’t.

Contents
How To Evolve Inkay In Pokemon Go
The Process
How To Know If You Have the Tech Or Not
The Rest of the Process
Event This September: Shiny Inkay and More

The Pokemon Go fan favorite can evolve in just a few steps. You’ll have to rely on some technology on your phone, but most do have it. Here we have a guide on the cool little process of evolving the super popular Inkay pokemon.

How To Evolve Inkay In Pokemon Go

Evolving a Pokemon in Pokemon Go sounds like a time-consuming task, but Niantic has made this process so easy that it only requires a couple of things. You simply have to collect 50 Inkay candies and select the Evolve button. That’s it.

The thing is, the process does have an extra requirement depending on the technology of your smartphone or tablet. The easiest way to evolve your Inkay is to have a phone that does not come with a gyroscope. If your phone does have it, you’ll need to do something else, but that only takes a couple of seconds to complete.

So here is how to evolve Inkay in Pokemon Go into a Malamar. When you’re on the Pokemon Go app with a phone that does have a gyroscope, you need to flip it upside down to make it happen.

You may be wondering why this is a thing in the game, but it’s far from being a new thing. This little process has been around for a while now. The original X and Y games also do this, and there is a cool little explanation.

A simple search on the internet goes back to 2014. Users in a Gamespot forum thread explain that the theme between them is that they do everything backward. Malamar also happens to be an upside-down Inkay.

How To Know If You Have the Tech Or Not

Finding out if your phone comes with a gyroscope takes a quick search on YouTube or the internet. You can search for a 360 video on YouTube and start it up. If you start the video and look around, that means you have the tech.

A different method is to look up your phone on the internet. If you know the model or name, you can easily search for a spec sheet, there are hundreds on every phone out there, and you can scroll to see if it includes a gyroscope. The tech is usually on the sensor section of the spec sheet.

The Rest of the Process

The other requirement is the candies to evolve the Pokemon. Once you have them, there is nothing else to do. Users also don’t have to do anything special to catch him. There are some places where they are commonly found, though, including the wild and field research. Oh, and the event is coming up, but we’ll get to that in just a second.

Those waiting for a cooler version of Inkay are in luck, as Niantic recently said it would be holding an event starting September 3. The event, taking place from 11 AM to 2 PM local time, will offer several bonuses. Among the bonuses is the chance to encounter a Shiny Inkay.

What’s a Shiny Inkay? It is the same Pokemon but with a different coloration than what is usual for its species. The Shiny variants have been around since the early days of Pokemon. Red, gold, and other colors have been part of Pokemons. Shiny Pokemon are usually difficult to find or require several things to appear.

The three-hour limited research event will allow players to encounter other Pokemons, including Houndour, Murkrow, and Nuzleaf.

There is more than just encounters, though. Other event bonuses include double the candy whenever a Pokemon is caught in the event. Encountering a Shiny Inkay will be rare, just like those encounters, but it has been said that the odds will be higher for the upcoming event if you participate in this month’s Pokemon Go event; good luck and have fun.