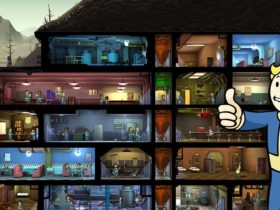 Warzone player count 2022 is often in the search bars since the battle royale game continues to post big numbers. The Call of Duty free-to-play release has numerous seasons under its belt. It will likely continue grabbing the attention of streamers, pro players, and just about everybody who enjoys battle royale.

Thousands of people are currently in Warzone looking to get a Victory. But what’s the exact number? Here we’ll give you all the information on that and more.

Warzone’s BR experience has not always been the greatest, with streamers and players often looking for alternative options to take a break. But Warzone continues to put up great numbers every season. How good are the numbers right now?

According to activeplayer.io, there are over 450,000 live players at this very moment. A chart showing the last 30 days gives us an idea of the number of people that play the game every month. The last 30 days’ bar shows a whopping 53 million players. June and May posted similar numbers, indicating some consistency in the Warzone player count for 2022.

The best month, according to that page, was February 2022. During that month, the game saw just over 60 million players. April came at a close second with 58 million players.

The battle royale talk seems to have slowed down in recent years. But that hasn’t stopped most battle royale games from growing. Warzone’s numbers are pretty good for a genre that’s on the decline. And that’s with the strong competition the game has faced from the beginning.

Warzone’s arrival came when other giants were battling for the top spot. EA/Respawn’s Apex Legends was off to a hot start with its unique take on the battle royale genre. The genre also had Fortnite, one of the very first to grab the gaming world’s attention.

Fortnite was already doing well by the time Warzone came around. Since then, the Epic Games battle royale has continued growing, making billions for the company since 2017. Crazy how all that started with a different mode known as Save The World.

PUBG was already in a battle with Fortnite and others. The game holds the record for peak players on Steam, with a whopping 3,236,027. That took place in January 2018, so it has been over four years. But PlayerUnknown’s Battlegrounds continues to do well.

Other studios also entered the BR race with their games. Releases such as Hyper Scape, Realm Royale, Radical Heights, Cuisine Royale, The Culling, and Ring of Elysium all came around that time. All BR games have been unsuccessful; some have completely lost their player count or shut down after a few months. But the more popular ones continue to do well.

What’s Next For Call of Duty: Warzone?

The Battle Royale genre appears to be doing just fine, and there are rumors that COD will continue with more of it. Warzone 2 is rumored to be coming as a PS5, Xbox Series, Xbox One, and PS4 release. The rumors are all over the place since it’s that time when we start hearing more about the annual COD release. This year’s COD release, outside of the BR seasons, is Call of Duty: Modern Warfare II. A trailer showing amazing graphics and gameplay has already gone live. The title is a direct sequel to the reboot from 2019.

Fans can’t wait as next-gen is getting a massive upgrade and fresh new changes. The improvements have been rumored for quite some time now and appear to be just a matter of time. The competition has already done some upgrades in 2021 and 2022. Apex Legends currently has a next-gen upgrade that is said to be getting more changes in the future. Fortnite launched its next-gen experience, bringing a much better look and performance to its battle royale.

Warzone’s player count is pretty good at the moment, and with the upcoming reveals, it might only get better.