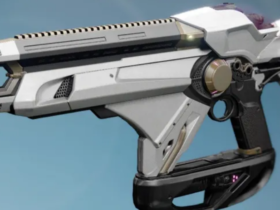 Sea of Thieves curses are among the best rewards in the game, but you’ll have to spend a lot of time traveling to get the best look. Sea of Thieves offers no way of just spending money or other methods to get them right away. Instead, the game lets you explore and see what you can find.

The search for the curses will require a lot of time, no matter what. But here we have all the information you need to know exactly what to do.

Here are all the Sea of Thieves curses we know about so far.

Sea of Thieves Curses – Everything You Need To Know

A few Sea of Thieves curses can befall players during their adventures. The looks of the curses might make it seem like the character has extra abilities or equipment. But in reality, every curse in the game is a cosmetic item that simply changes your character’s skin.

No power-ups or anything will make your character stronger than others. Cosmetics are a simple way of showing that you are a veteran or starting.

These Sea of Thieves curses can range from being turned into a chicken to having your ship hijacked by skeletons. The amount of curses available in the game right now is five. The number has grown slowly, but we all expect the game to add more in the future. Here’s what’s available at the moment:

How To Get Them

Curses look cool and show just how much you’ve played the game. That means the rarest curses will take time to find. You’ll be in the seas for a long time before getting those sweet rewards for your character. Still, it is worth going for it.

The journey to getting one of these also depends on how you perform in battles. If you make a mistake, you’ll probably start from zero immediately. Every reward will require time and smart movement during travel, so be careful. Here’s what to do:

All the Sea of Thieves Curses

The Legendary Curse is easily one of the coolest available in the game at this very moment. The curse will give you glowing eyes and a glowing skull on your chest. The look is great, but you’ll need to do a ton of things before getting it.

The first requirement has a 50 rep level with at least three companies. These are the companies:

The Curse of the Order

The Curse of the Order features black paint on the pirate’s face and a few other details. You’ll need to complete the Cursed Rogue Tall Tale to get this reward. The tale will take you a while since there are various objectives. In addition, the curse comes with a weapon, the only time it happens.

It Gets Time Consuming

The Curse of Sunken Sorrow

There’s a lot more to this, but those are the two steps to begin the whole thing.

In my opinion, this and The Legendary Curse are the coolest in the game. The Ashen Curse will give you a glowing orange look. Here is how to get the journey going:

You must go to Morrow’s peak and select the Heart of Fire Tall Tale. In the meantime, you’ll have to meet various characters and complete some objectives. There are a lot of steps to this, but don’t worry; this ain’t difficult at all and is seen as one of the easiest in the game.

The Shores of Gold Curse

The Shores of Gold Curse does not feature a glowing look like the two others. But it does come with a super cool gold look. The only problem? You’ll need to spend a lot of time on the game to unlock this one.

The requirement is to finish all nine Tall Tales of the main story a whopping five times. In addition, you’ll also need to complete six commendations, including Lord of Gold and Shores of Gold.

Those are all the curses in the pirate adventure game. Good luck with your search, and have fun.