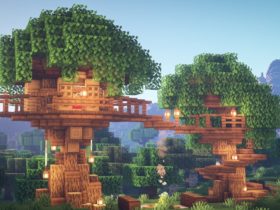 The Fortnite anime skin of the year is probably going to Goku. If you didn’t know much about Dragon Ball or Fortnite, you probably saw a thing or two about it through social media, YouTube, Twitch, or any other big platform.

Contents
Fortnite Anime Skin of the Year?
Dragon Ball Event
Back To Fortnite
What’s the Next Big Event For Fortnite?

The Epic Games battle royale has been the home to some of the most interesting collabs and cosmetics. We’ve seen brands like Jordan and the real John Wick character make appearances there. But Epic hit a home run with its latest collab/event, Fortnite x Dragon Ball.

Fortnite Anime Skin of the Year?

Fortnite features numerous anime skins for players to buy or unlock through the Battle Pass. But the Goku introduction a few weeks back likely brought in tons of money for Epic Games.

The introduction of the Dragon Ball characters came out of nowhere. Goku, Vegeta, Beerus, and Bulma all debuted in the battle royale arena. But Goku was easily the most popular character of the bunch.

Goku has repeatedly saved the universe in Dragon Ball, which happens to be in many episodes. Vegeta is a popular character as well. But the release of the characters turned the battle royale matches into a Goku festival.

More: Sea of Thieves Curses: How To Unlock All

Fortnite did everything it could to attract all Dragon Ball fans to this limited-time event. Not only did they introduce four characters, including some of the strongest and most popular ones. But they also made the matches much more interesting by adding a combat technique known as the Kamehameha to the game.

Fortnite is a battle royale game where weapons are the main way to survive. But this event brought that game-changing technique. One well-placed blast into an opponent and it was bye-bye. The move even allows opposing players to counter fast and do a Kamehameha of their own.

We don’t know the exact event numbers, but this likely brought in millions for Epic. The best part is that it also seemed to have brought back some of the players who had moved on or simply didn’t play the battle royale game as much.

The Goku craze was all over YouTube, Twitch, and other platforms. Big streamers like Critical, RDC, and others got on the game just to check out the Dragon Ball event. Critical did really well with the Kamehameha, eliminating several opponents. RDC was on with part of the group, like in the old days of Fortnite. It was quite interesting seeing many streamers return to the game.

What’s the Next Big Event For Fortnite?

Fortnite’s battle royale is the king of collaborations and events. Previous seasons have seen some really popular characters join the arena. But the latest event has everyone wondering what they could do next.

Fortnite’s DBZ event came out of nowhere, so we can never rule out another big collab. But this one will be very difficult to beat. In the past, we’ve seen Thanos, John Wick, Black Widow, Batman, Joker, and many other characters join the game. We’ve also seen brands, sports leagues, concerts, and films.

The rumors are currently pointing to a Destiny 2 crossover event. Now that’s a bit random, but so was having Dragon Ball and most of the previous events. But that’s also what makes Fortnite so fun and unique.

Destiny 2 isn’t the only one on the Fortnite rumors section, though. A couple of weeks ago, rumors had Eminem coming to the battle royale game as part of a concert. Concerts are nothing new in the game, as artists such as Marshmello and J-Balvin have made limited-time appearances to entertain players. The Eminem rumors come after reports of players hearing the artist’s songs through the in-game radio.

Fortnite is available as a free-to-play game on PlayStation, Xbox, Mobile, Switch, and PC.