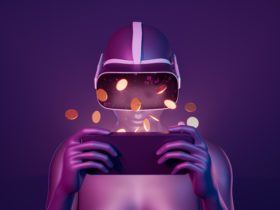 The Y6S4.2 patch notes for Rainbow Six Siege are now available, which means we get to know the improvements and fixes for this game version. In case you’re wondering about the patch notes name, that comes from Year 6 and Season 4.2 of the game. R6 Siege was released in December 2015, but it is still going strong with the updates after all these years.

Let’s take a look at some of the fixes and major improvements for Y6S4.2 Patch Notes improvement:

The game made a ton of fixes for this version, including some for the Battle Pass and HUD.

Here are the level fixes:

Crash and Audio Issue for Xbox

Ubisoft has somewhat taken care of the issue that was affecting Xbox users. The solution to the audio and game crash issues has not been completely brought in, but the team is aware. The patch has introduced a notification to let users know of the audio problems. The notification comes from a yellow exclamation mark with a speaker and the word Audio.

If the icon shows up, you’ll have to restart your console. As we said, this ain’t a solution. However, it is better to see this immediately and do that than just see the game crash. This is specifically for Xbox; we hope to see a future fix finally.

The game has also made adjustments to three operators this time. Now, some are small, while others will certainly bring the disapproval of players. Zofia, Ela, and Aruni are currently the characters that have received tweaks.

The first change is for Aruni’s MK14, which can now equip muzzle brake. The other character with an MK14 already had an exclusive attachment, bringing one to the character. Not exactly a surprise here, just a balancing adjustment for now.

Ela’s FO-12 Shotgun change is probably the one that’s immediately going to bother some R6 Siege players. The speed and spread of the weapon appear to have caught the team’s attention. This one is a nerf weapon. First, the damage goes from 35 to 25. In the same way, the damage modifier of the Extended Barrel Attachment also reduces.

The last significant adjustment on this patch side is for Ela and Zofia. The changes involve the KS79 and also the Grzmot Mine effects. The effects seemed to have been simply too much. Now, the team has decided to lower the screen shake effect and the movement speed reduction during the time hit.

The ability to hit a player and interrupt during the encounter has not seen any alterations in the patch, but players will no longer be left as an easy target because of the effects. These changes are not enough to stop playing a character, but these will bother the main of them nonetheless.

Ranked mode verification has been introduced to make this experience a fair one for all players. The feature works through mobile phones, requiring players to provide a mobile phone number and verify their account. This one is for Ranked Mode only.

What does this do exactly? The feature stops people from creating multiple accounts to play during the lower ranks. This is also a problem that many games have had on their Ranked modes recently. The idea is to stop smurf accounts, usually brought in by players looking for a much easier experience in the lower-rank matches. This should get even out of the competition now.

Privacy mode enters the beta stage, allowing players to hide their real identities from other players during their matches. The feature is currently in a beta version, which means it is unavailable to the public. In the meantime, streamers and those with access will test the feature. If successful, the feature will be available for all later.