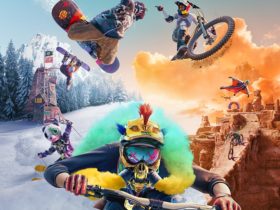 With its simple yet addictive gameplay and endless creative possibilities, Minecraft quickly became one of the most popular games of all time. While many games have tried to imitate its success, none have quite managed to capture the same magic as Minecraft. If you’re looking for a more engaging gaming experience that still has plenty of room for creativity, here are five great games like Minecraft that you should check out.

Games like Minecraft provide players with an opportunity to build their own world, using their imagination and creativity to create whatever they desire. They offer players a chance to interact with other players from all over the world, making new friends and memories that will last a lifetime.

With its 2D graphics and side-scrolling gameplay, Terraria is a great option for those who prefer a more classic gaming experience. Offering plenty of fun crafting and building mechanics, as well as different modes to keep things interesting, Terraria is an engaging and entertaining game that is sure to keep you entertained for hours on end.

The player starts with nothing and must explore the randomly generated world to find resources and survive. The world is filled with monsters, traps, and treasure, and the player must use their wits and strength to overcome these challenges. The game is highly customizable, allowing players to build their own houses, farms, and fortifications.

Launched in 2006, Roblox now has over 150 million active users. The platform is popular with kids and teens, who use it to build and explore virtual environments. Roblox is also used by developers to create games and simulations.

Roblox is a virtual world that allows players to create their own games or play games created by others. With millions of active users, Roblox is one of the most popular gaming platforms in the world. And it’s not just for kids – adults can enjoy Roblox too!

As one of the most anticipated games of 2016, No Man’s Sky quickly became a hit with players around the world. Combining exploration and resource-gathering mechanics with an engaging generated universe, No Man’s Sky is an exciting adventure that will keep you on your toes for hours on end.

As they travel from planet to planet, they must gather resources and use their skills to defeat enemies and complete challenging quests. With its engrossing gameplay, stunning graphics, and open-ended structure, No Man’s Sky is sure to keep you entertained for hours on end.​

If you’re looking for a more laid-back gaming experience, Stardew Valley is the perfect game for you. Filled with charming characters and fun activities like fishing, farming, and crafting, Stardew Valley offers players an exciting and relaxing adventure that will keep them entertained all weekend long.

In Stardew Valley, players must start a new life on an abandoned farm, working hard to revitalize the land and build their own thriving community. With its addictive gameplay, charming characters, and beautiful graphics, Stardew Valley is one of the best games like Minecraft out there.

So what are you waiting for? Try it out

Dragon Quest Builders is a game that allows players to build their own kingdoms using an array of different blocks. The game is set in the world of Alefgard, which has been destroyed by the evil Hargon order.

As the player, you must help rebuild Alefgard and stop the Hargon order from destroying other worlds. The game features a variety of different building materials, including wood, stone, and metal, and allows players to build their own towers, castles, and walls.

If you’re looking for a game that combines the best of Minecraft and traditional fantasy RPGs, look no further than Dragon Quest Builder. With its intuitive building mechanics, engaging storyline, and exciting combat sequences, Dragon Quest Builder is an immersive gaming experience that will keep you entertained all weekend long. 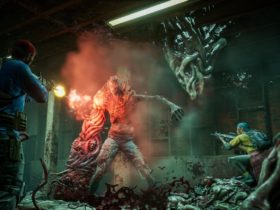 In this blog post, we'll show you how to play your Back 4 Blood crossplay with your homies. So let's get started!