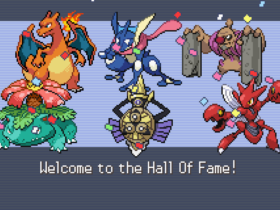 Is your love for dark, challenging video games unquenchable? Are you always on the lookout for new and exciting titles to sink your teeth into? If so, check out our list of 5 top games like Dark Souls!

These are all action-packed titles that will test your skills and keep you entertained for hours on end. So what are you waiting for? Start checking them out now!

Dark Souls games are known for their challenging gameplay and dark, atmospheric world. The games are set in a fictional world that has been ravaged by war and demons, and players must explore the game’s open-world environment to uncover its secrets.

Players often die multiple times before finally completing the game. The rewards for perseverance are great, and players who persevere will be rewarded with an unforgettable gaming experience.

Dark Souls games are not for everyone, but those who enjoy a challenge will find them to be some of the most rewarding games available.

Ashen is a game that has been garnering a lot of attention lately. It has been described as a ” Souls-like” game, and it is easy to see why. Ashen is a challenging and unforgiving game that will take players on an epic journey.

Ashen also has its own unique identity. The world of Ashen is a hostile and dangerous place, but it is also incredibly beautiful. The game’s art style is unlike anything else out there, and it creates an immersive and atmospheric experience. With its deep and rewarding combat system, Ashen is a game that Souls fans will definitely want to check out.

Players must explore the world and build relationships with other survivors to make their journey easier. It features beautiful graphics, challenging combat, and intense exploration.

If you’re a fan of games like Dark Souls, you’ll love Hellpoint. It has an intense and unforgiving combat system, challenging enemies, and a huge open world to explore.

The game’s story centers around a space station orbiting around a mysterious black hole. Players must explore the environment, find resources, and battle powerful foes in order to progress.

Hellpoint is a game that rewards those who are willing to take risks and think on their feet. It also has an interesting twist on the Souls formula, as players can access special abilities called “kairos” that allow them to perform powerful attacks.

If you’re looking for a game that will really test your skills, Hellpoint is definitely worth checking out.

Bloodborne is a dark, mystical game set in a gothic world full of secrets and horror. Players take on the role of a Hunter, seeking to rid the world of evil creatures known as monsters.

Developed by FromSoftware and published by Sony, this game features fast-paced combat, intense boss battles, and an intriguing story.

The game is set in the gothic city of Yharnam, where players must battle powerful creatures and uncover the secrets of the city. It offers an unforgettable experience for players who are willing to push themselves to their limits.

Bloodborne is a challenging game that rewards skill and perseverance. With its intense combat, engaging story, and stunning visuals, it is one of the best games like Dark Souls on the market.

Salt and Sanctuary is another game that Souls fans should check out. Developed by Ska Studios, this 2D action RPG offers deep combat, intense exploration, and a rich world to explore.

Players must battle their way through hordes of monsters in order to progress through the game’s story. Along the way, they must build their own sanctuary, craft equipment, and discover powerful spells.

Salt and Sanctuary is a challenging game that rewards those who are willing to take risks. With its deep combat system, intricate level design, and unique art style, it’s one of the most rewarding games like Dark Souls out there.

The Surge 2 is a sci-fi action RPG set in a futuristic, dystopian world. It features intense combat and an intriguing story that will keep players hooked until the end.

Players take on the role of an augmented protagonists who must battle their way through a massive open world. You’ll encounter powerful foes, giant robots, and terrifying monsters along the way.

The Surge 2 offers an intense and rewarding experience for players who are looking for games like Dark Souls.

With games like these, you’re sure to get an intense and rewarding experience that will keep you coming back for more. Whether you’re looking for a challenge or just want to explore a massive world, games like Dark Souls offer something for everyone. With this guide, you can choose the best games like Dark Souls to play and enjoy your gaming session even more!