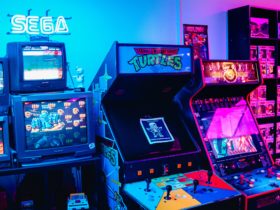 Looking for a Pokemon Radical Red walkthrough? Keep reading this article for more.

Pokemon FireRed is a classic among the Pokemon community. The game was super fun and challenging back then. But nowadays, many prefer the Radical Red fan-made version since it features many things you can’t do in the original game.

Here we have a guide of Radical Red for those starting their journey:

Radical Red is a similar version to the original Pokemon FireRed game that saw its launch many years ago. Radical Red is fan-made, meaning many things have seen adjustments to improve and make it a lot better.

This version has been gaining fans for quite some time, but it can be confusing for those starting. Let’s get to the basics.

The Pokemon Radical Red download can be found on several pages. After you’ve hit download, patch the ROM on the official online patcher and choose where to save the game.

Is It Worth Playing the Fan Made Version?

Pokemon FireRed is lots of fun, but if you’ve played that game for a while, you probably want a bigger challenge and a new experience. Radical Red provides just that.

Radical Red comes with many improvements and features that can only be found in some games. The fan-made version is constantly getting help from the community. One of the many upgrades is found on the engine. What’s new about that? Plenty of things like custom characters, larger PC boxes, and much more have been put in the game throughout the years.

The original version of the Pokemon threw you into the world, and that was it. You get your Pokemon and start exploring and doing activities to get past a certain place. The whole experience can get easy once you know what to do. But Radical Red has more in store for those who love a good challenge.

Radical Red has several difficulty options, Easy, Less Grinding, Restrict, and Hardcore. Hardcore is the toughest one of the four. The difficulty will throw you all kinds of teams and challenges along the way. Restrictions put a limit on the team you can have during the run. This one is not as difficult, but it is way more challenging than the other two difficulties above.

The last two modes can be a good experience for those who simply want to relax and play the game. Easy is easy, but not as easy as the original Pokemon games. The less grinding mode removes all the grinding you must do to match a trainer or gym leader. This makes the experience less time-consuming.

If you want an even easier experience, you can completely forget the challenging parts using cheats. The cheats will allow you to encounter shiny pokemon, get a lot of master balls, rare candies, and much more. The game is fun without cheats, but the option is there anyways.

Radical Red still shares some similarities to the original release from 2004. After all, the game is still all about finding and training the team you feel most powerful with.

Like FireRed, players can walk around and visit areas. The goal is to get the best team possible and maybe for the Elite Four to win. The Elite Four has always been the top challenge to overcome in the Pokemon games, and it is no different in this fan-made version.

The only change here is that the Elite Four is even more difficult this time. The original Elite Four usually has the best Pokemons, and one or two mistakes usually mean a return to the Pokecenter. In this version, you’ll need to prepare and train hard. There is no loss in going back for more battles and seeing what works and doesn’t.

Pokemon Radical Red offers so many options that you’ll spend a lot of time researching and seeing everything new. If you’re coming over from FireRed right now, you’ll see how much is different.

Good luck, and have fun!